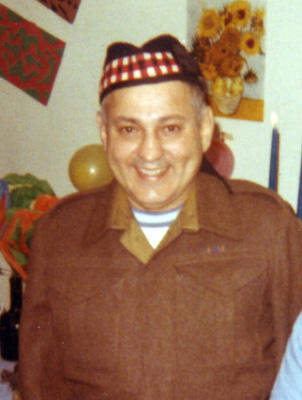 Nota sobre as publicações do editor

Herb Brown was a prominent North Bay businessman and the founder/owner of the H.E. Brown Supply Company Limited. His parents were Jewish immigrants from Poland who settled in North Bay, where Brown was raised and to which he returned after serving in the Second World War, establishing the H.E. Brown Supply Company Limited, an automotive and industrial supply business, in 1947. He was very active in the community and was a member of the Board of Governors of Nipissing University for nearly twenty years, serving as Vice-Chairman from 1967 to 1976, and Chairman from 1976 to 1985. He was also Secretary of the Executive Council of the Northeastern University Committee, a founding member of Northeastern University's Board of Directors, and Chairman of the St. Joseph's Hospital Board. Brown died on March 26, 2015.

Records were in the custody of the President's Office of Nipissing University, except for file 0114-18, for which the custodial history is unknown.

Transferred to archives in September 2014 by Susan Robineau, Secretary to the University/Board of Governors.

Other records created by Herb Brown are located in the Ontario Jewish Archives, Herbert Brown accession #2007-8/9.

The image linked to this description is a detail of a photograph of Herb Brown, ca. 1975. The photo is part of the Herbert Brown accession #2007-8/9 at the Ontario Jewish Archives.

Descrição do identificador do registo